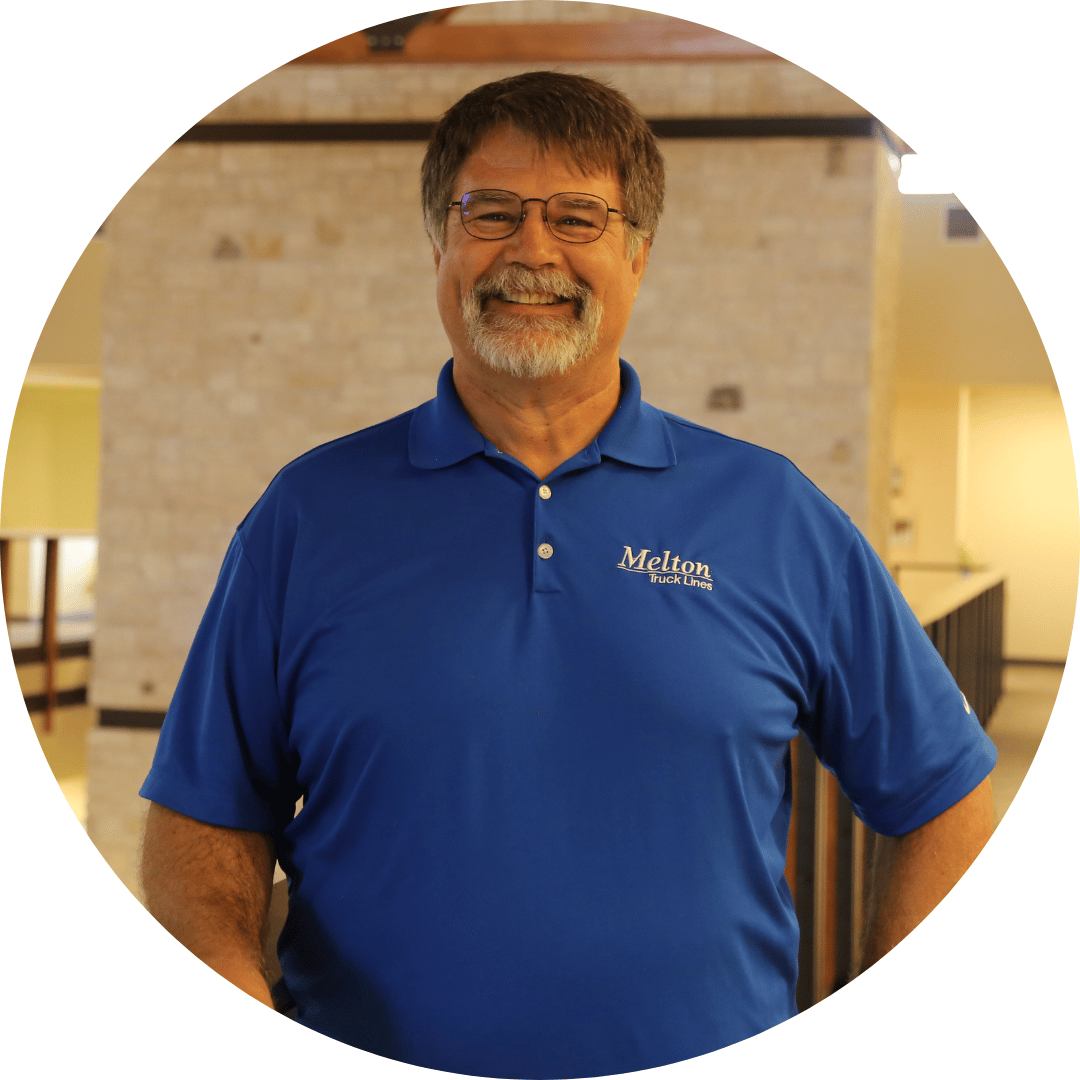 My first experience with load securement came when I was in high school. I had purchased a used 1979 Chevy Step side pickup truck with 3 on the tree. What a fun truck. Shortly after I brought this beauty home, a neighbor who owned a camera shop asked me to start making runs to Kodak for their supplies. On one occasion, they asked me to pick some dining room chairs from a high dollar furniture store. We loaded the chairs, in boxes, into the bed of the truck secured with cheap bungie cords and drove on down I94 in the Chicago area toward home. It was when we began unloading that we realized something was amiss. There were not as many boxes in the truck as there had been when we left the store… Securement lessons 1 and 2: bungies didn’t do the job, and cardboard boxes can fly out of the bed of the truck at highway speeds when not really secured.

Fast forward 40 some odd years, and here we are at Melton. Since I learned a little more about securement during my time in Orientation, I find myself doing the same thing most of you all do as we drive down the road. Critique everyone else’s securement. Some are amazing, others are terrifying. Which category does your securement fall under?

I saw picture of a load Styrofoam insulation recently, the pieces on the front of the trailer had wind damage which broke several pieces. Most of us already know what the driver missed when securing his load. He had not cross strapped the front of load which would have prevented the panels from lifting in the wind.  Did the driver know better? Should have right? Simple technique taught in orientation. Let’s assume for a moment the driver had not been taught to cross strap that type of load, what should we do when we approach any load? Most of you do this without even thinking about it, it’s become second nature. Don’t you start asking yourself questions? What type of load is this? What directions will this load want to move? How can I secure this load to Melton standards? Hopefully you know Melton’s standards.  Had this driver asked himself how wind coming over the cab might affect the load; he might have thought to cross strap the load.

Here in Safety, we are seeing loads we regularly haul, and should have securement nice and secure, experience damage or shifting primarily due to poor securement. You may have noticed we are asking you drivers to call for safety briefs on a lot more loads. We are trying to minimize the damage and the shifting. New drivers may not know the nuances of a particular load, experienced drivers may be tempted to take a shortcut. Regardless of the reason, our goal is the same as yours, help you take your load from the shipper to the con’s while keeping it safe and secure along the way.

Please take the time needed to secure the way you know how to secure, and to call Safety with any uncertainty.